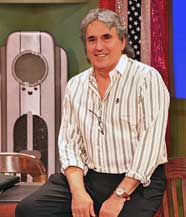 While attending Boston University, Al Tapper wrote his first musical at the age of 20. Since then he has written special material for regional productions, composed seven musicals, a ballet, a rhapsody, and a capriccio. He has written two straight plays and four books, and produced three documentary films.

Al Tapper composed the ballet “The Seduction of Bathsheba”, whose premiere performance at Mechanics Hall was presented by the Central Massachusetts Symphony Orchestra 1988. Al’s seven musicals have also garnered success throughout the years, opening in various cities on the eastern seaboard. Beginning in 1992, “David” opened as a workshop production at 890 Broadway in New York City and in Washington, D.C. in 1994 at the Washington Jewish Theater. His off-Broadway musical, “Imperfect Chemistry”, for which he composed the music and created the story, opened at the Minetta Lane Theater in New York City in April of 2000. The musical revue “From Where I Stand” opened at the Laurie Beechman Theatre in March of 2004. “Sessions,” a new musical, opened at the Peter Sharp Theater (Playwrights Horizons) and the Algonquin Theater and ran for over 400 performances. It was translated into Spanish and played in Mexico, where it won the best musical of the year in 2011. He wrote the musical “An Evening at the Carlyle” which ran at The Algonquin Theater and was reviewed as ‘best show of the Summer’… 2010 by UPI; “National Pastime,” which played at the Keegan Theater in Washington DC in 2011 and was chosen to be considered for a Helen Hayes Award; and “All Aboard,” which played at the 14th Street Theater. He and Tony Sportiello are working on a new musical entitled “The Paparazzi” about how tabloid newspapers, the internet and TV can cause havoc amongst celebrities in all aspects of society.

In 2013, Al Tapper wrote a novella called “Conversations with Max,” and his play “Bettingers Luggage” takes a nostalgic look back, warts and all, at a family business in the old neighborhood of New York’s Lower East Side’s as the generations struggle, love and grow apart.

Al Tapper produced the documentary film entitled “Broadway: The Golden Age, By The Legends Who Were There” written and directed by Rick McKay. The film shares the stories of such legendary Broadway stars as Carol Burnett, Angela Lansbury, Shirley Maclaine, Jeremy Irons, Gena Rowlands, Jerry Orbach, Martin Landau, Bea Arthur, Stephen Sondheim, and Eli Wallach and dozens of others, while illustrating their tales with amazing, rare, archival performance footage and their own home movies and photos. “Broadway” has won standing ovations and thirteen Best Film, Documentary and Audience Awards at sold-out screenings at festivals all over the country this past year. He produced Broadway Musicals…A Jewish Legacy, written and directed by Michael Kantor about contributions of Jewish Composers and lyricists from the beginning of Broadway and still today. The movie presents the views of Hal Prince, Mary Rodgers, Sheldon Harnick, Maury Yeston, The George and Ira Gershwin estate, Jamie Bernstein, John Kanderand, and numerous other interviews. His latest film opens on July 23, 2018 on PBS American Masters: Ted Williams…The Greatest Hitter Who Ever Lived. The movie is being previewed on July 17, 2018 at the Baseball All-Star Game in Washington DC.

Tapper also produced the PBS television special “My Sinatra: The Songs and the Stories” a musical tribute starring Cary Hoffman in 2002.

Al Tapper was born in Worcester, MA and currently resides in Boca Raton, FL and New York City. He is a member of the Dramatists’ Guild of America and a member of ASCAP (American Society of Composers and Publishers). Further information can be found at his website: http://www.amtentertainment.com. 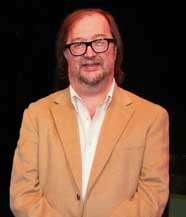 Tony Sportiello is a writer and producer whose work has presented throughout the United States and in London, Mexico, Russia, Finland and China. His plays National Pastime and Contract Time are in the Baseball Hall of Fame in Cooperstown, New York and his short play Check Mate was recently made into a short film by Arlington Place Productions. He was thrilled to travel to Guadalajara, Mexico to see the musical National Pastime (book by Tony Sportiello, music and lyrics by Al Tapper) performed in Spanish and win the award for Best Production.

As the Artistic Director of Algonquin Theater Productions he has produced numerous Off Broadway shows including Sessions, LOL, An Evening at the Carlyle, The Chosen Wife, National Pastime, The Devil and Billy Markham and All Aboard! Sessions ran for 300 performances Off Broadway and National Pastime was produced in New York, Washington, Austin, Phoenix, Scranton, Bucks County Playhouse and Guadalajara, Mexico. In 2011 Algonquin produced the extremely popular The Derek Jeter Plays, a series of one act plays based on or around the Yankee shortstop.